In a previous article we showed how OpenTracing instrumentation can be used to collect application metrics, in addition to (but independent from) reported tracing data, from services deployed within a cloud environment (e.g. Kubernetes or OpenShift).

In this article we will show how this information can be used to aid a Canary deployment strategy within OpenShift. 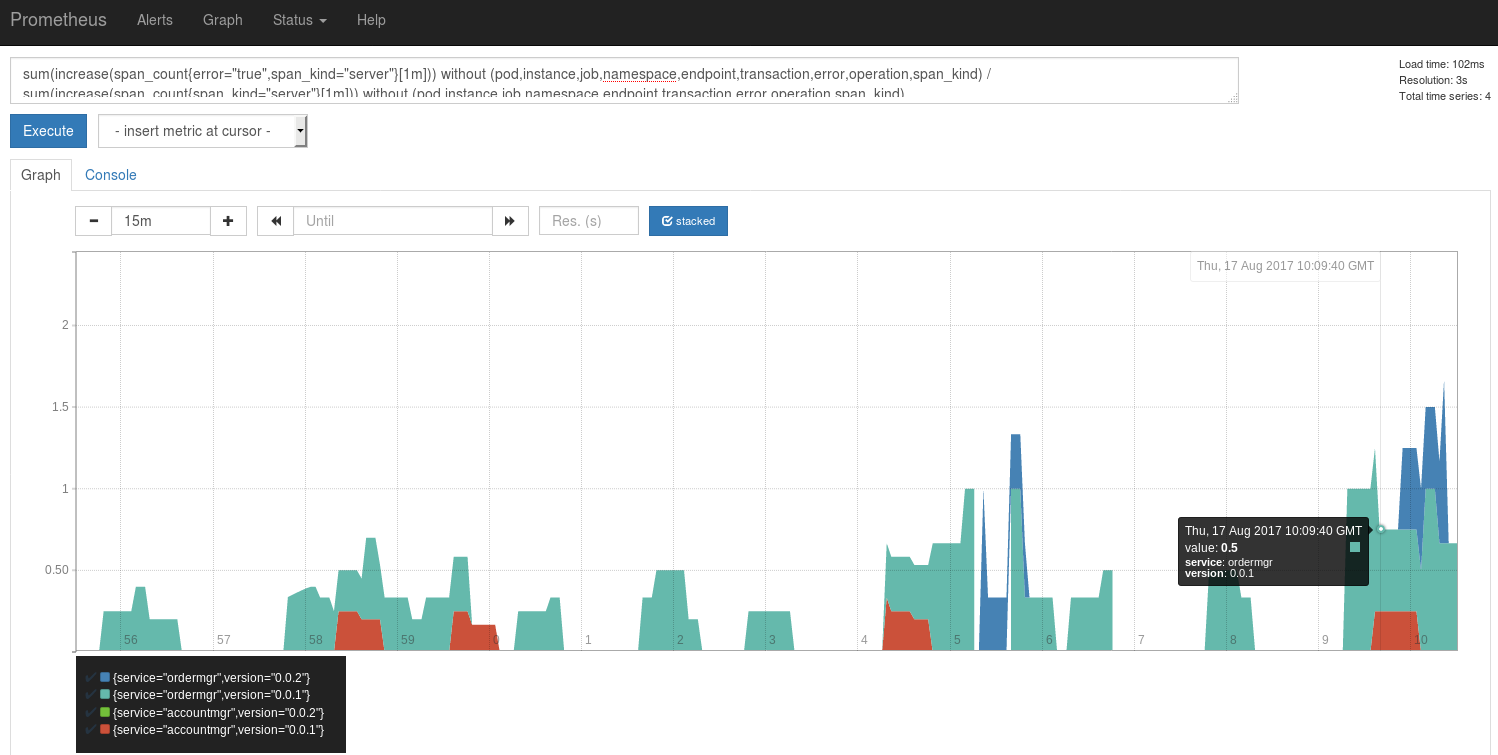 We will be using the same example as used in the previous article.

Metrics configuration used in both services:

The first step is to following the instructions in the example for deploying and using the services within OpenShift.

Once the ./genorders.sh script has been running for a while, to generate plenty of metrics for version 0.0.1 of the services, then deploy the new version of the services. This is achieved by:

As our services accountmgr and ordermgr determine the backing deployment based on the respective labels app: accountmgr and app: ordermgr, simply having a second deployment with these labels will make them serve requests in a round-robin manner.

This deployment script has been pre-configured with the 0.0.2 version, and to only start a single instance of the new version of the services. This may be desirable if you want to monitor the behaviour of the new service versions over a reasonable time period, but as we want to see results faster we will scale them up to see more activity. You can do this by expanding the deployment area for each service in the OpenShift web console and selecting the up arrow to scale up each service:

Now we can monitor the Prometheus dashboard, using the following query, to see the error ratio per service and version:

The result of this query can be seen in Figure 1 at the top of the article. This chart shows that version 0.0.2 of the accountmgr service has not generated any errors, while the 0.0.2 of the ordermgr appears to be less error prone than version 0.0.1.

Based on these metrics, we could decide that the new versions of these services are better than the previous, and therefore update the main service deployments to use the new versions. In the OpenShift web console you can do this by clicking the three vertical dots in the upper right hand side of the deployment region and selecting Edit YAML from the menu. This will display an editor window where you can change the version from 0.0.1 to 0.0.2 in the YAML file. 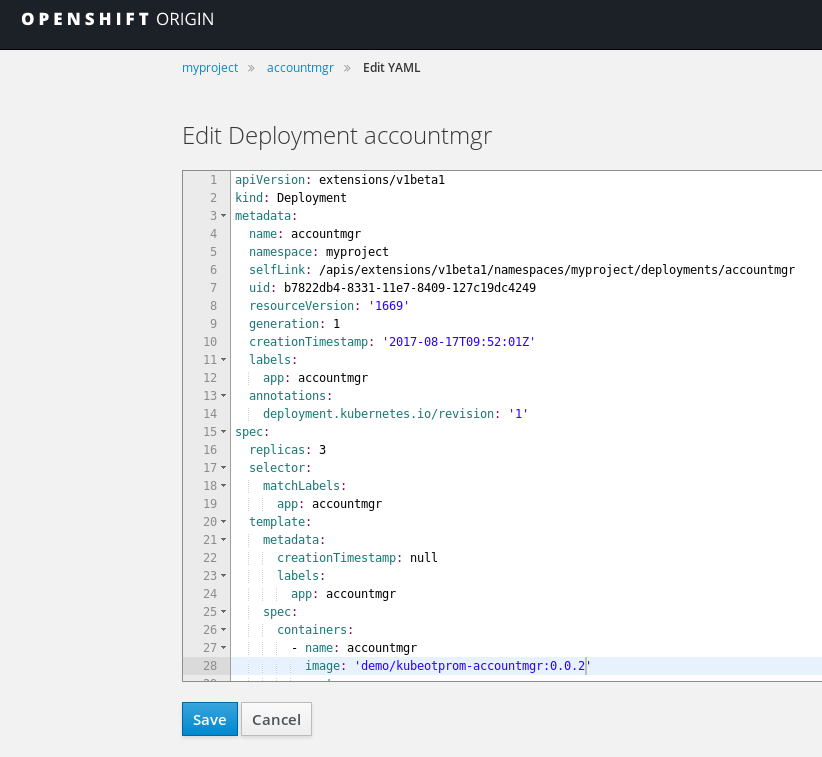 After you save the YAML configuration file, in the web console you can see the service going through a "rolling update" as OpenShift incrementally changes each service instance over to the new version.

After the rolling update has completed for both the ordermgr and accountmgr services, then you can scale down or completely remove the canary version of each deployment.

An alternative to performing the rolling update would simply be to name the canary version something else (i.e. specific to the version being tested), and when it comes time to switch over, simply scale down the previous deployment version. This would be more straightforward, but wouldn’t show off the cool rolling update approach in the OpenShift web console :-)

This article has shown how application metrics, captured by instrumenting services using the OpenTracing API, can be used to support a simple Canary deployment strategy.

These metrics can similarly be used with other deployment strategies, such as A/B testing, which can be achieved using a weighted load balancing capability within OpenShift.